In Vienna, you can see people dressed in 18th-century costumes spruiking classical music concerts, a cigarette in one hand and a mobile phone in the other. Nobody is surprised. Because, as we discover in David Wyn Jones’ rich, entertaining “slice history” of musical Vienna focusing on three epochs – 1700, 1800, 1900: “While the legacy of Habsburg times is still evident in the city, form the Schönbrunn palace to the popular dessert of Kaiserschmarrn, musical history is even more central to its continuing identity.” 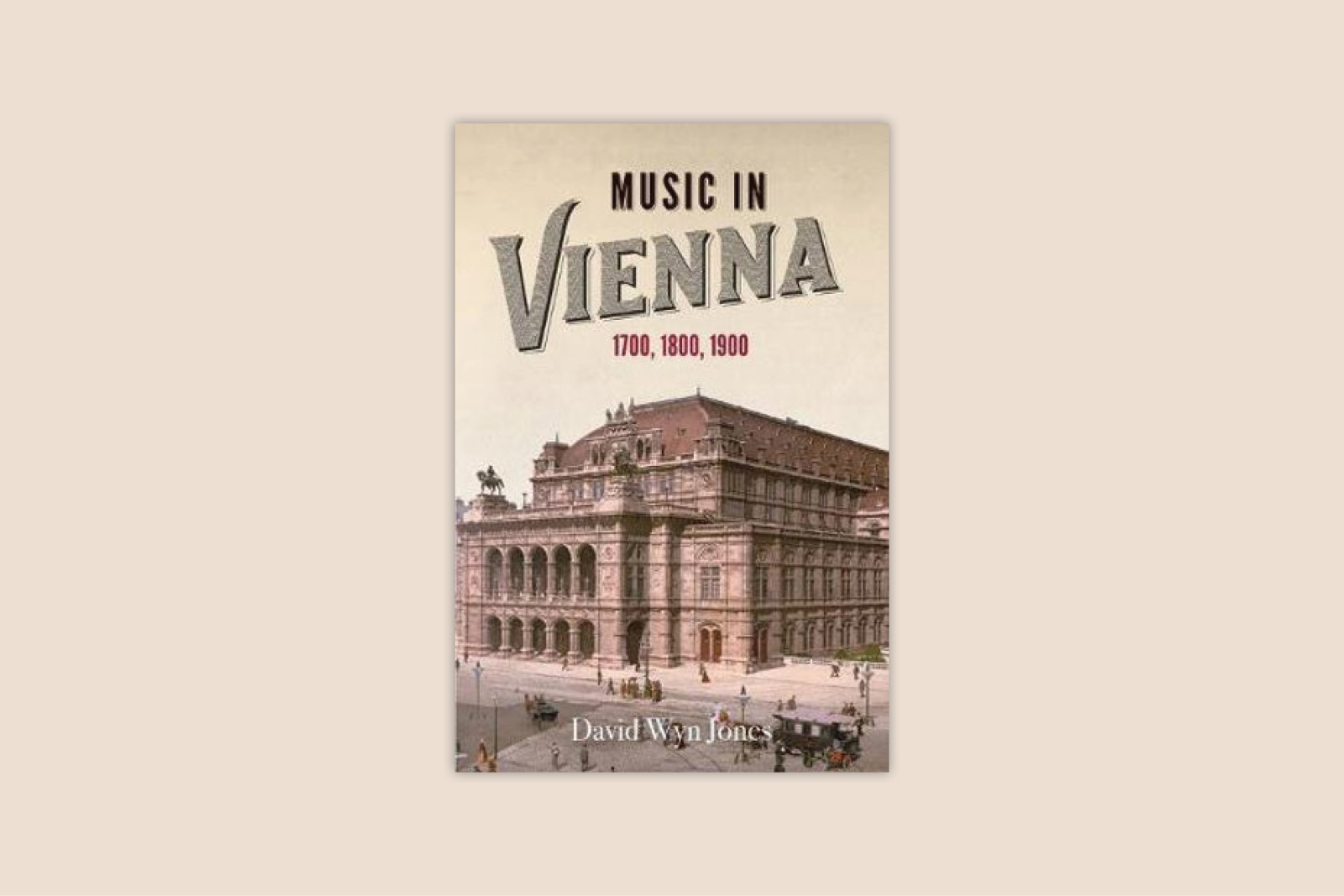 However, David Wyn Jones, Professor of Music at Cardiff University, does want to surprise us. He acknowledges the myth of Vienna as a nurturing mecca for music which we’re all familiar with, and that music, not empire, is Vienna’s enduring legacy.

But it is a story usually either told through the biographies of its favourite sons, either born there or adopted, composers such as Haydn, Mozart, Beethoven, Schubert, Mahler, the Strauss family, Richard Strauss and others. Or through their music, which for the most part was exceptional for its time and not always representative of the true state of play. Professor Jones comes to the conclusion that a wider remit is required, one that: “is attuned to political and cultural development in general and recognizes that human agency was not the prerogative of composers only, but routinely involved emperors, princes, publishers, institutions, administrators, scholars, and others.”

And so, over the next 250 or so pages, we mix with them in the court, the church, the salon, the concert hall, the home and the street as society, music and the relationship between the two change through 300 years of history.

Not only has Professor Jones chosen to examine Vienna’s musical history by zeroing in on the decades either side of 1700, 1800 and 1900. He uses “three sequences of determining characteristics” to represent them, and to further help structure the book: the familiar Baroque-Classical-Modern (which he admits is problematic); imperial-aristocratic-bourgeois (more helpful); and Hapsburg-Austria-Vienna (a shifting emphasis on the city as a true cultural hub).

The first section, 1700, is arguably the most surprising, because it reveals part of the “submerged history” of Vienna’s musical legacy. Some of us will know the names of Fux and Caldara, but they’re hardly household names like Mozart’s. Some of us will know Emperor Leopold I was a composer, but not that he was “a keen and capable dancer, well into his fifties”.

In the Baroque period, music was so much a part of the Hapsburg imperial apparatus that the notion of composers as independent artists was inconceivable. By the latter part of 18th century, that changed, with the aristocracy more and more assuming the role of patron and consumer alike. As the 19th century continued, the last piece in the puzzle – the emerging middle classes and the rise of the amateur musician – began to take shape and assume its place in a picture which by the First World War could boast of a sophistication that could embrace operetta and expressionist opera alike.

These latter aspects of Vienna’s musical history are perhaps more familiar. What is perhaps less so is how the symbiotic relationship between composers, performers, publishers, promoters, patrons and – especially – highly talented female amateurs – would result in a highly cultured society whose history is far more nuanced than many of us suspected. And for that, we have Professor Jones to thank. For by taking a different approach to those of standard music histories, he has written a book that is as enlightening as it is enjoyable.