This July, West Australian Opera will be presenting an adaptation of Gian Carlo Menotti’s one-act comic opera The Telephone online. Lucy (soprano Chelsea Burns), and Ben (baritone Lachlann Lawton), are living together in their newly renovated house in the suburbs. When Ben decides to ask Lucy to marry him, numerous phone calls and conversations prevent him from being able to propose. In Katt Osborne’s production, audiences are thrust into the present day, and the stresses of the telephone is replaced by a demanding tablet, Zoom calls, and another day in isolation. Performed in English, The Telephone will be led by WAO Music Director van Tuinen and designed by Tyler Hill. 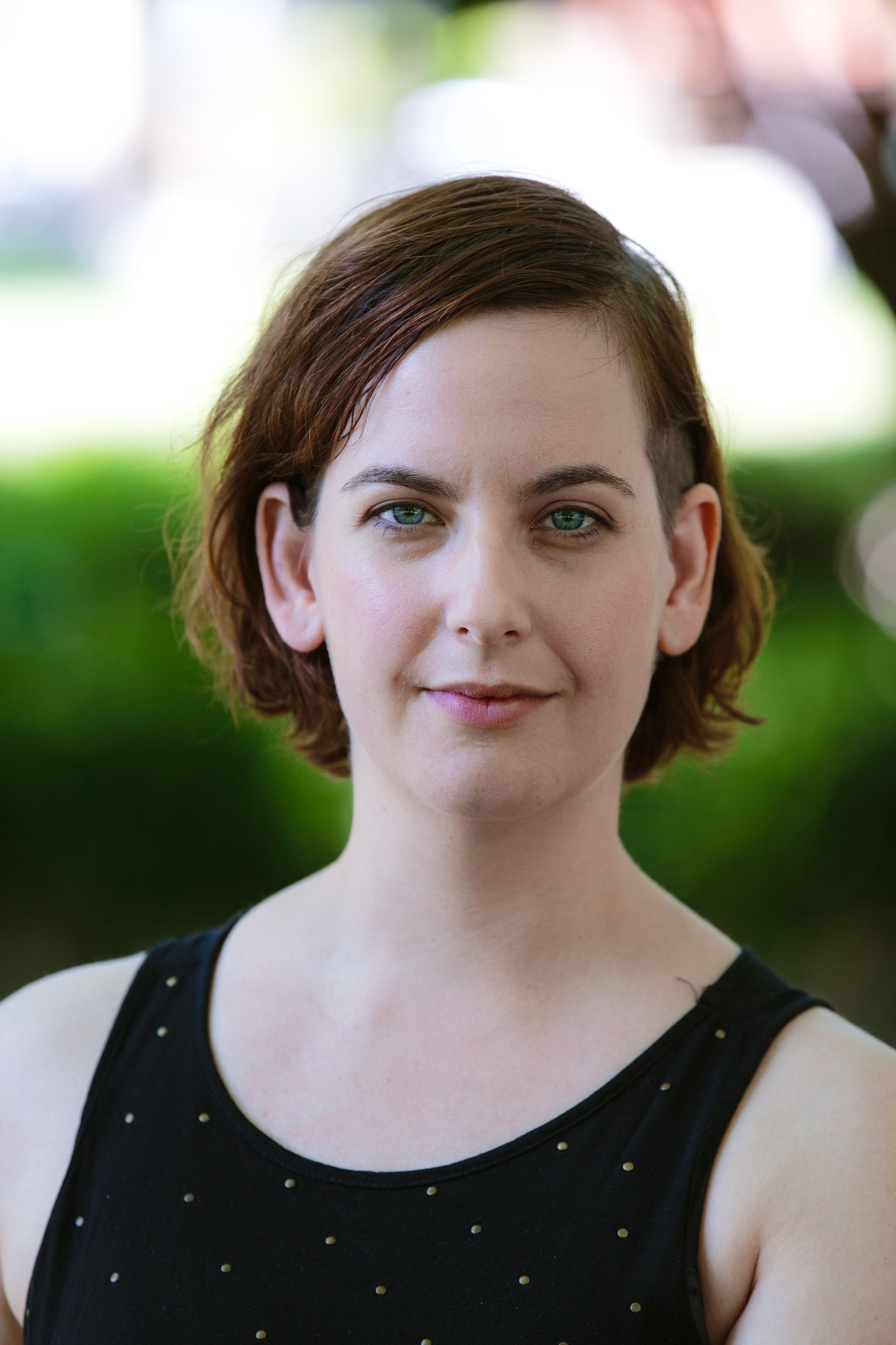 Have you directed Menotti’s The Telephone before?

I have not directed this piece before, but the first opera I directed in 2014 was Menotti’s The Old Maid and the Thief. I really enjoy Menotti’s comic timing so I was very pleased to have this opportunity to work with WA Opera on The Telephone.

What about its sound world appeals to you?

I love the sudden interruptions and breaks in the music with the ringing of the telephone, and how for three quarters of the piece the singers are singing at cross purposes, never enjoying a moment of duet or synchronicity. And the release when they finally do sing together is beautiful.

You’ve adapted the opera for the current moment. Could you give us some insight into your update and why it seems right given the current circumstances?

The premise of the piece is all about connection and how technology has changed the way we interact. In the late 1940s, the role of the telephone and ability to be in contact with others not in your immediate space caused a big shift in people’s lives. In 2020, and specifically in the context of increased remote communication, video calls and Zoom meetings – there is again this feeling that technology is both a fantastic tool, but is also changing the way we communicate with those in our immediate vicinity.

Chris [van Tuinen] came to me with the idea to modernise the work and create a digital opera, one where Zoom and video calls were the main method of Lucy’s communication. And we have used the digital/video form of our production to really tell that story, while still being inspired by the feeling of the music and the time the piece was written. 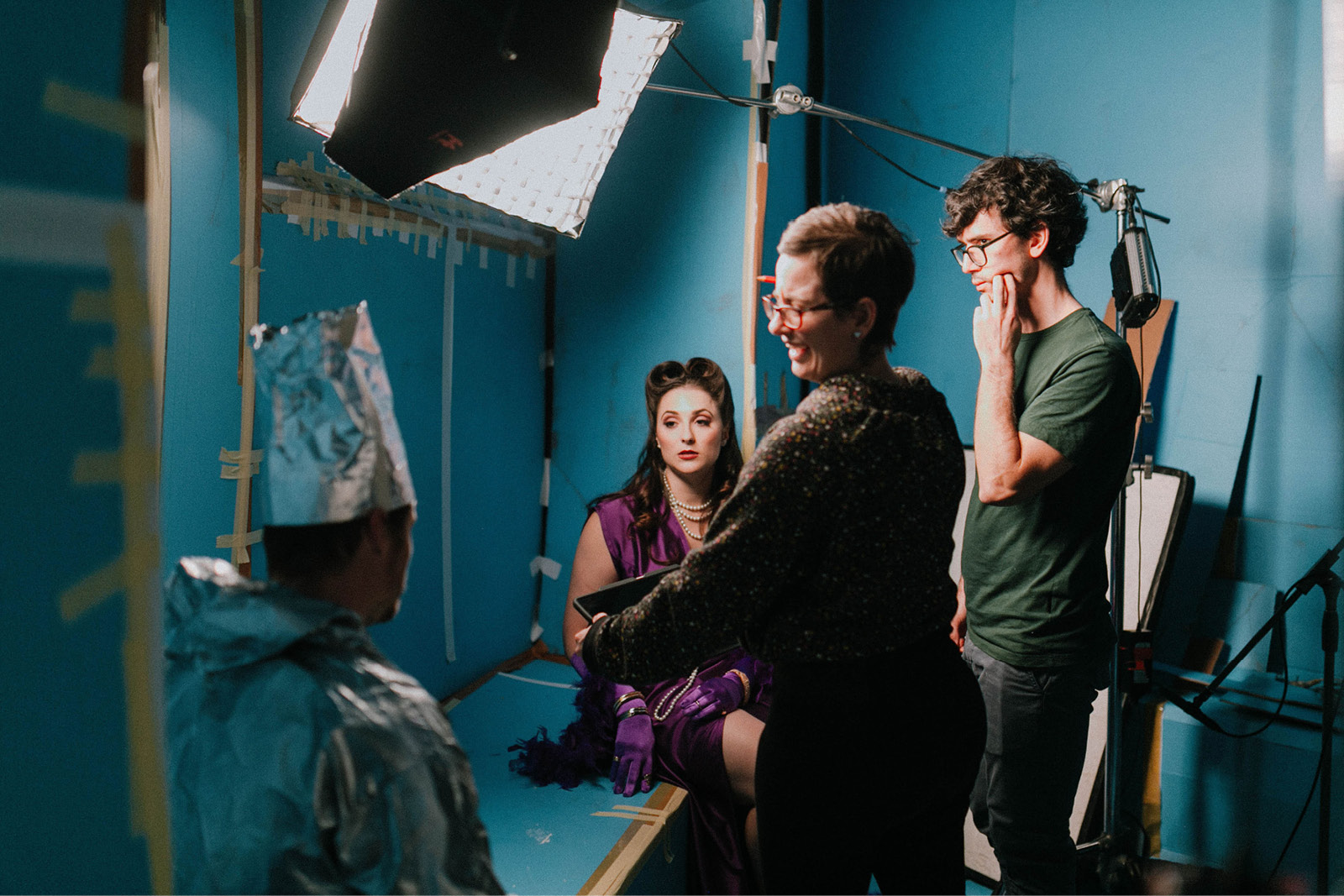 What kinds of discussions and considerations did you have with the creative team in coming up with this production?

We talked a lot about how to bring the concept and feeling of modern Zoom and video chats into the work. Given that the piece is entirely digital, we leant into this as the visual framing device in the editing of the work. We’ve tried to keep the audience active by putting them in the shoes of the person on the other end of the Zoom call at points throughout.

The designer, Tyler Hill, and I spent a long time working out how the space would function, what meaning it would carry and how it would support the absurdist and comic style of the piece. The sky-blue cardboard space conveys a feeling of brightness and yearning for the outside world, while simultaneously feeling oppressive and restrictive. Sort of like what being in isolation has felt like to many.

We also wanted to acknowledge that the form of “digital opera” is new and an emerging practice. Everything feels like it’s under construction – ideas, ways of working, the world moving forward. The space conveys how we as the creatives making the piece feel about the process and this time, as well as supporting the piece itself.

How has directing this staging differed from your previous experiences directing?

I haven’t worked much in the digital space before. I was fortunate to be working with an experienced team of film artists, including producer/editor and co-director Sean Finney. His team were all great people and we collaborated well with each other. We also worked on it quite quickly, so it was a swift and rewarding experience.

How has it challenged and strengthened your skills as a director?

Collaborating with other performers, creatives and production teams is my favourite part of working as a director. This was particularly challenging as Sean is currently living in Melbourne, so all of our storyboarding, conceptual and editing conversations also have taken place over zoom. This has forced me to clearly articulate myself and that is always an essential skill to sharpen as a director.

Can you tell us about the unique challenges faced by your two singers?

Chelsea and Lachlann were excellent to work with. It was their first time performing for camera and they did an excellent job. There is always the challenge in opera to be musically correct but to convey the character’s inner world and intention through the performance. Put a camera and a team of people watching your every move in front of that and it’s a whole different feeling. They really rose to the challenge.

What do you hope audiences will take away from the experience?

I hope that audiences who may never have thought opera was for them, will enjoy this modern and digital take on a 30 minute production. It’s the same length as an episode of comic TV and in some ways, the piece has a heightened sit com feel to it. I hope that people will laugh and enjoy seeing opera created specifically for the digital space, as opposed to just watching a filmed production.

The Telephone will be released on July 9 at 9:30pm AEST on West Australian Opera’s Youtube channel after which it will be available on demand